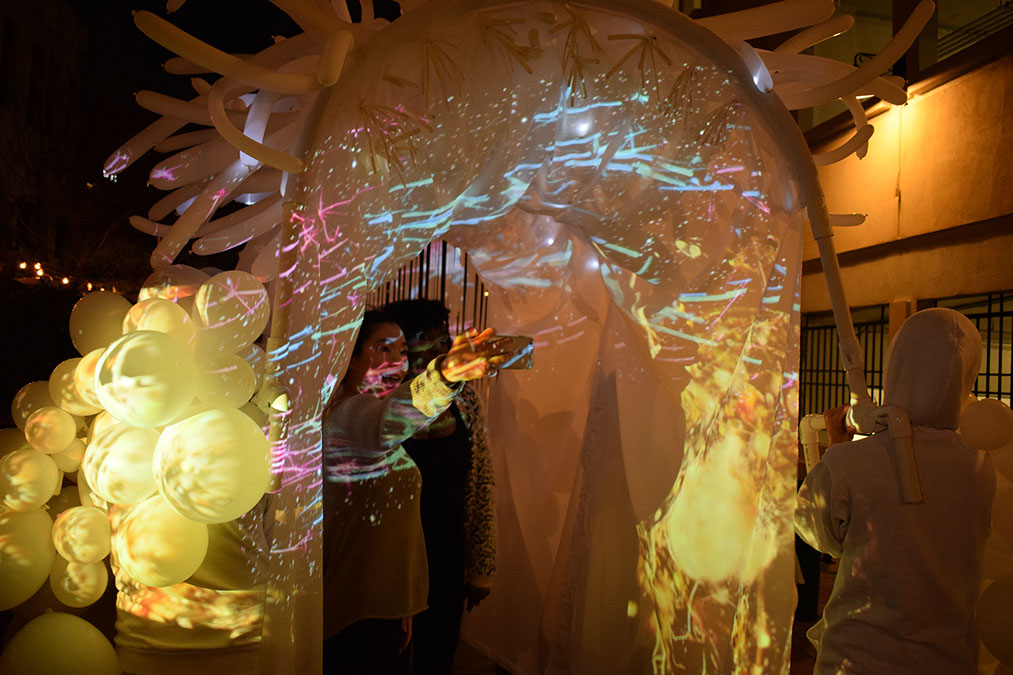 The Proto-Floto is a primordial protozoan blob that transports life beyond our universe. It is a flowing, cilia-covered, single-cellular organism that functions as a literal and metaphoric wormhole, burrowing a passageway and shortcut through the space-time continuum. The Proto-Floto is a fickle and “flam-buoyant” creature, with vibrant colors and imagery shifting on its outer “skin,” much like a chameleon. The microscopic organisms magnified on its surface were collected from Lower Arroyo Park in Pasadena.

The Proto-Floto has been observed “swallowing” human passengers through its mouth-like tunnel entrance, only to release them after a kaleidoscopic, time and space-warping excursion. Those who have entered and experienced the Proto-Floto wormhole emerge in a state of euphoric bliss, caused by an escape from contemporary conflicts on Earth. 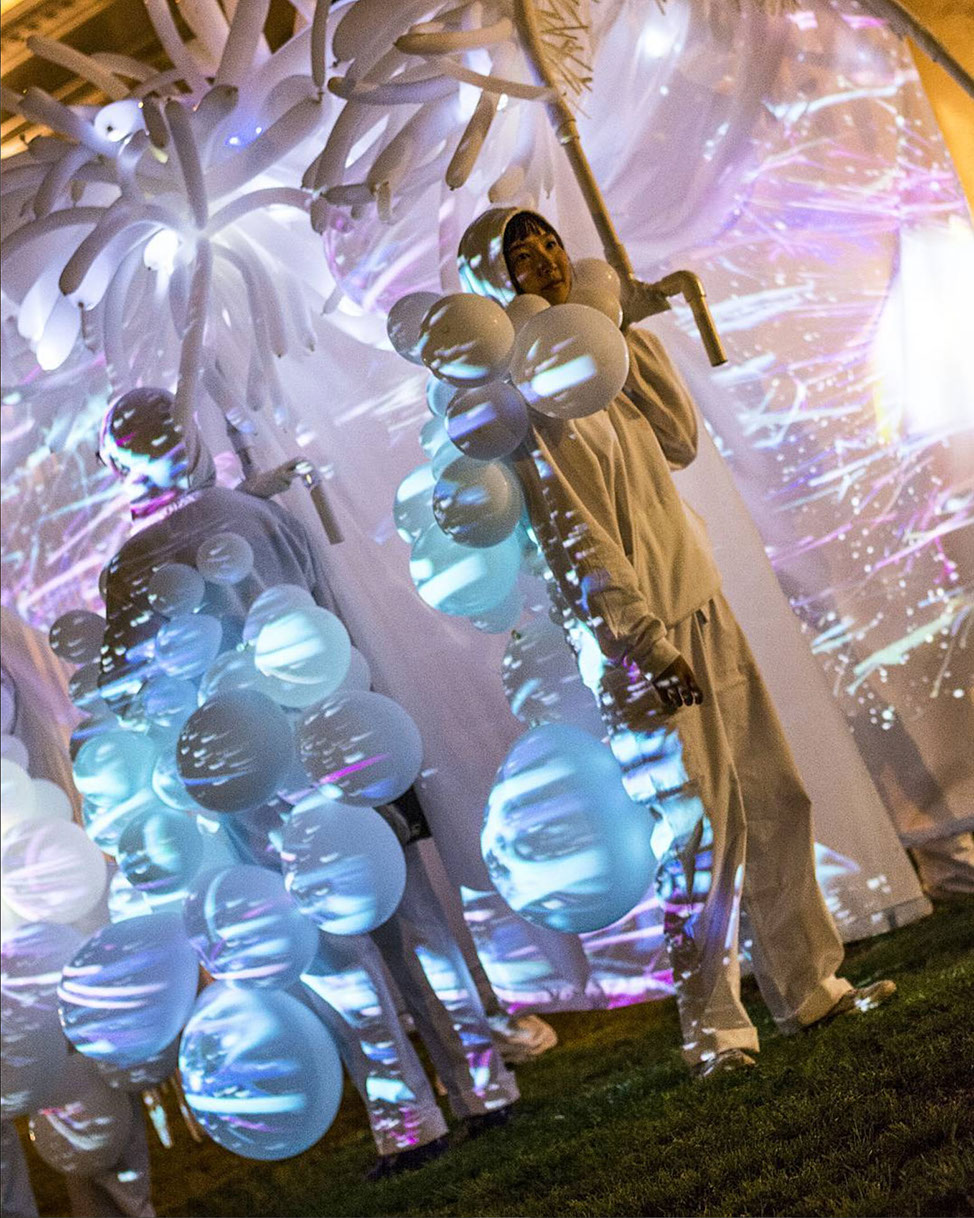